Striking while the iron is hot?

All in good time, don't worry.

Photos can be submitted until the 3rd, so on the 4th I'll update the Google Sheet, post a roundup, and open the floor to the next month's oaths. Assuming that all goes well and I'm not snowed under, in which case it'll be on the 5th

James, the_real_iron_hand liked this
Paying full price for your models, paints and tools? Don't!
Use our banners after the first post or at the bottom of the page for 22% off RRP, and 25% off pre-orders!

So...I did finish the B2 Super Battle Droids...but most of the painting was done by my 7 year old son. I hope this still counts! 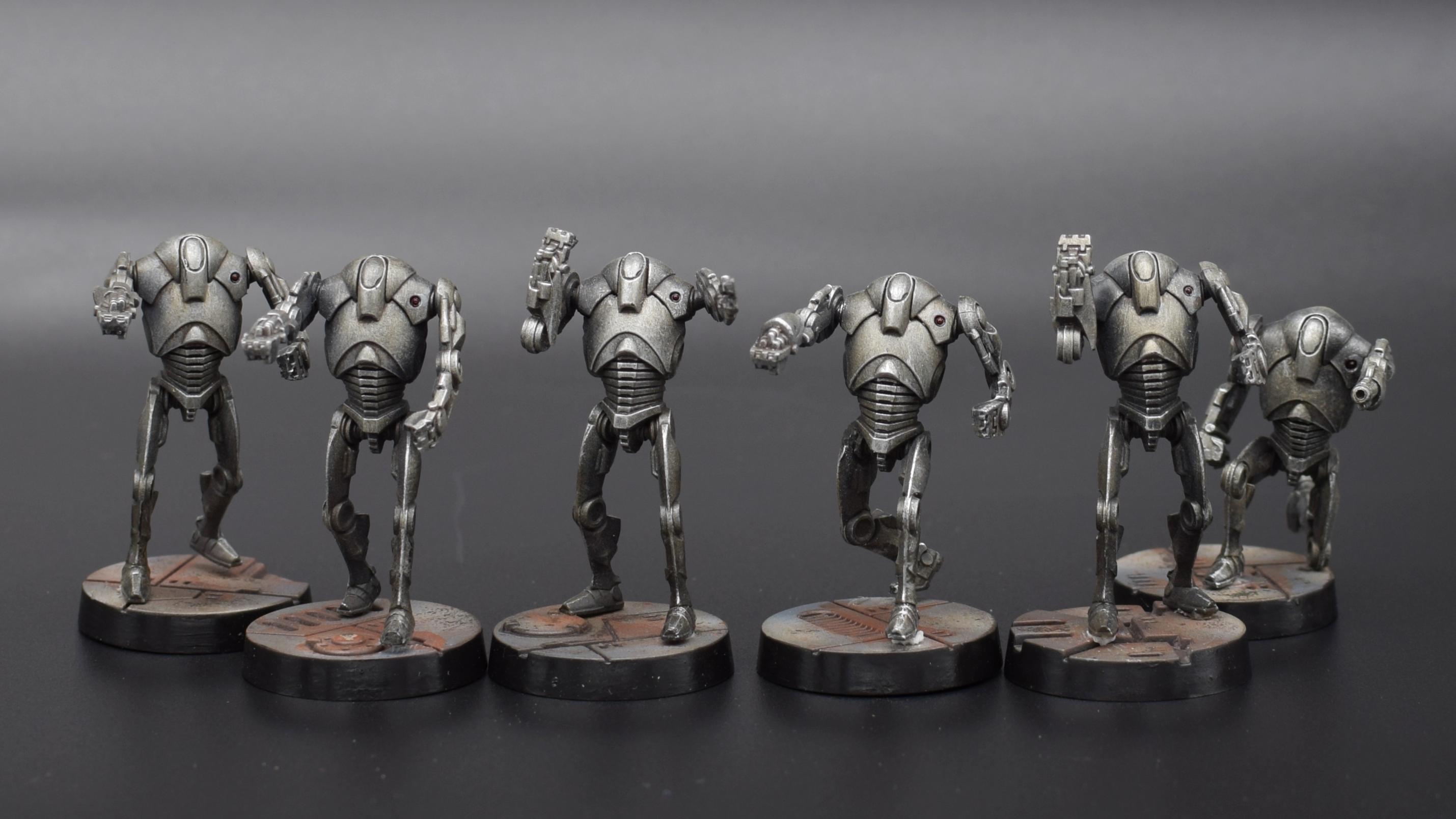 I had modified the first post to clarify the rules a little, and also to show you three of the four badges that can be won through this challenge. The fourth one I'm keeping secret until (if!) it gets awarded

So for the month of January we had four oaths. Three were fulfilled, one broken.

Earning the Oath Fulfilled badge this month:
@James, @the_real_iron_hand, @Lovecraft0110 (and his son!)

Earning the Oath Broken badge this month:
Me! But it's all part of the plan. Or at least that's my excuse!


Oaths for the month of February can now be made, and I will be taking the opportunity to show how an Oath Broken badge can be turned into an Oath Redeemed badge. See, planned!

As a reminder, you don't have to have taken part already to join in this month! @RZA's oath was made early but I have added him to the spreadsheet for this month.

Paying full price for your models, paints and tools? Don't!
Use our banners after the first post or at the bottom of the page for 22% off RRP, and 25% off pre-orders! For this month I take an oath to paint a GSC Patriarch. Here he is currently: 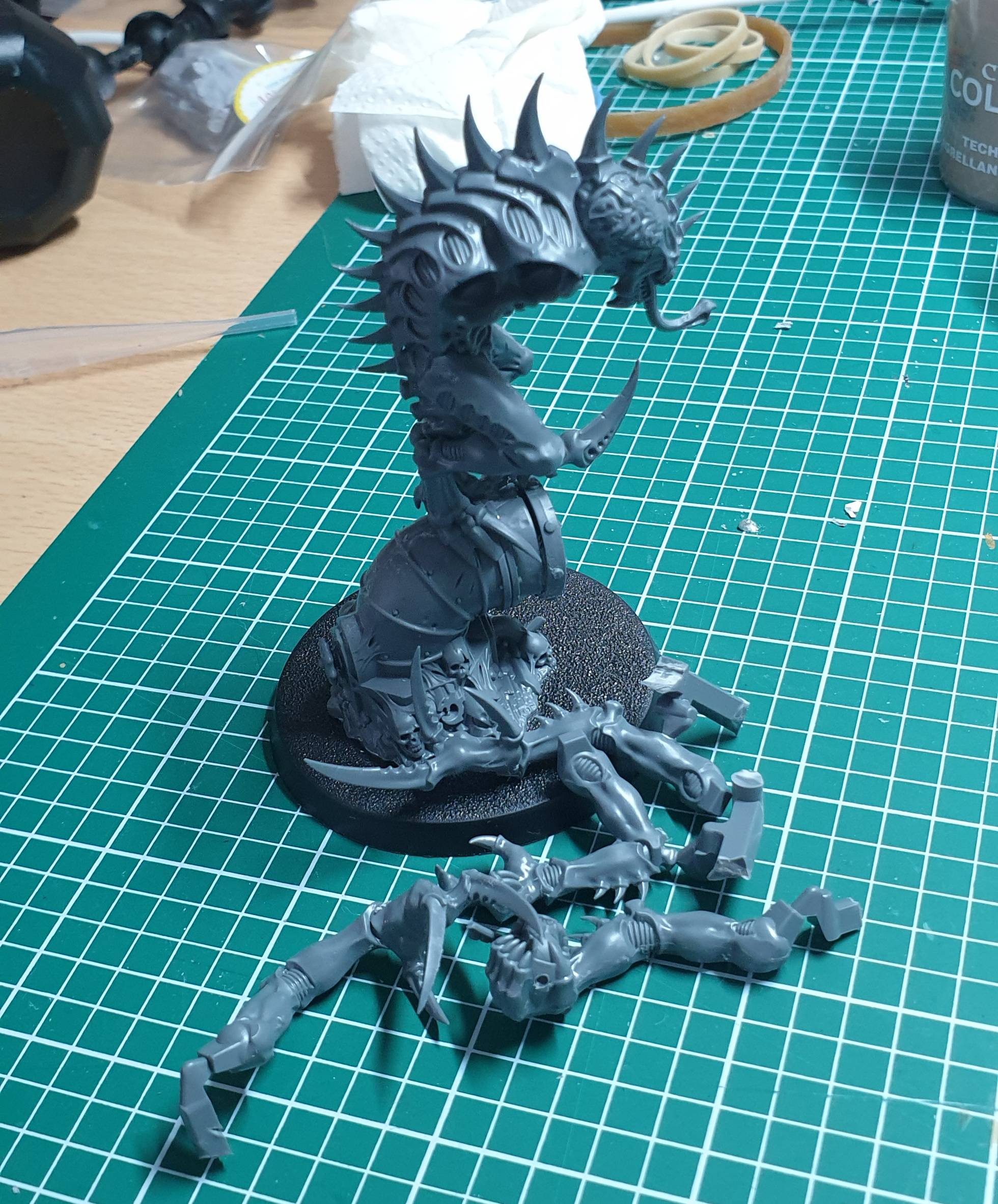 For me.....
I James do take an oath for the month of February to complete the Ctan Nightbringer , for the glory of the patron Saint of 'being too intimidated to paint this model' 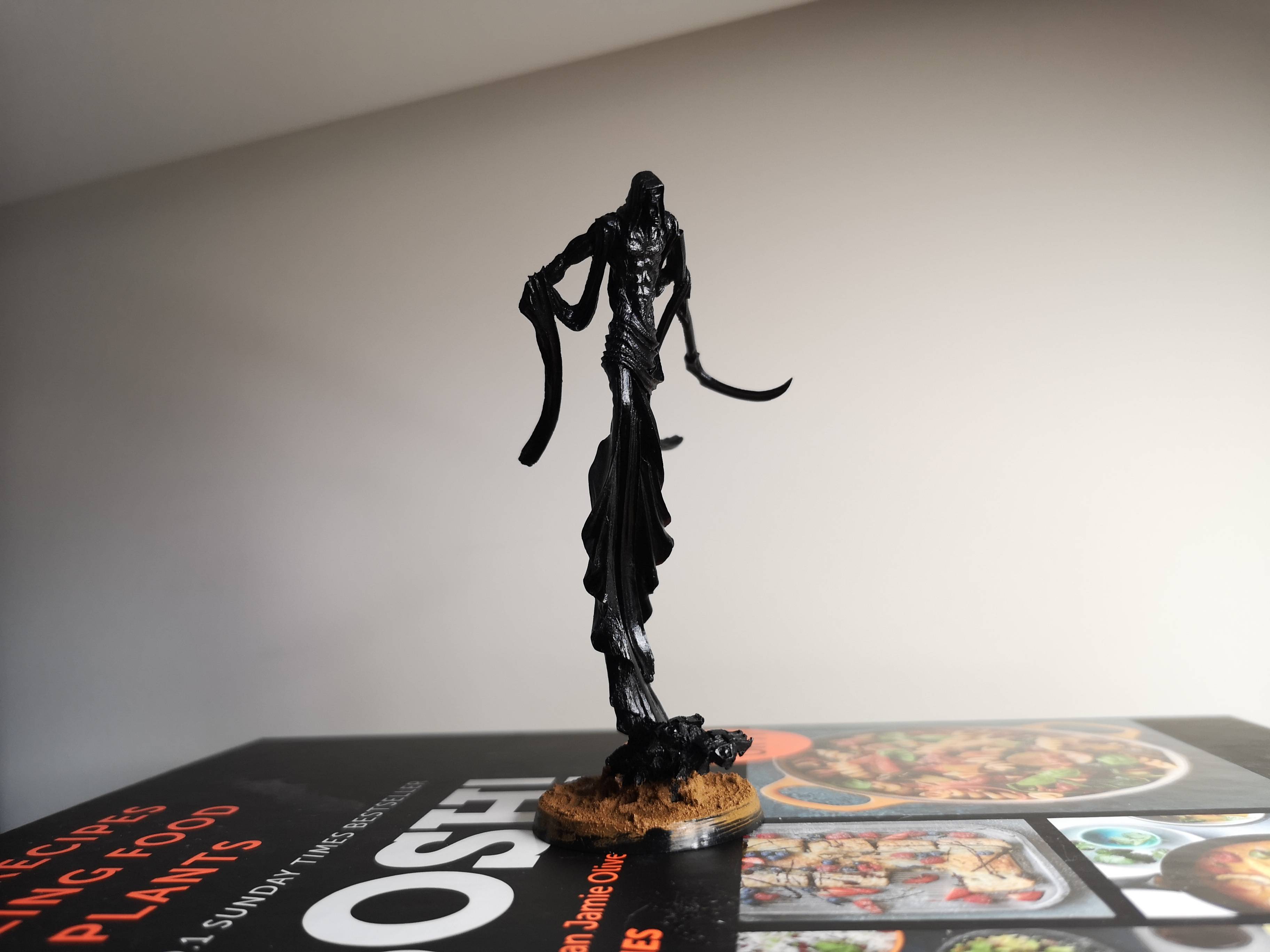 06 Feb 22, 06:57
I didn't officially enter last month, but I still am an oathbreaker in my heart... Let's change that! For February I vow to finish an Enforcer for old school Necromunda. Technically a handler, so the wolf in the picture below will hopefully become a Cyber Alsatian, but maybe that's a March pledge... 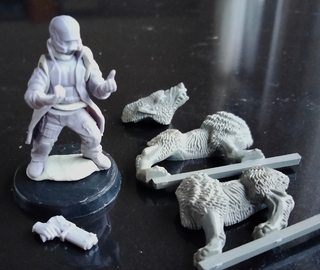 I, MedMos, hereby pledge in the month of February to finish this Enforcer, for the glory of Lord Helmawr and the Light of the Emperor!
pawl, James liked this

I've been looking around for non-Citadel possibilities, fancy something different.
Paying full price for your models, paints and tools? Don't!
Use our banners after the first post or at the bottom of the page for 22% off RRP, and 25% off pre-orders!

07 Feb 22, 10:13
Yarr. I found last year that I spent the limited time my arm gave me for hobbying chasing wildly disparate models and never getting any time in on my own armies, so now wherever I can double up, I will :) have also dropped monthly challenges for two other hobby communities I'm in. For context, in January I managed a whole 5 days out of bed and able to finction.
https://www.lifeafterlimb.co.uk

07 Feb 22, 11:58
Makes sense to me! Annoyingly my next 'me' project is going to be a long build and batch paint, so limited availability for contests!

Is it all related to the injury/surgery, or other things too?
Paying full price for your models, paints and tools? Don't!
Use our banners after the first post or at the bottom of the page for 22% off RRP, and 25% off pre-orders!

Reply
Return to “Board Events”